Currently, there are many types of couples with dynamics that are very different from conventional or monogamous ones, desire and affection take new directions and begin to function more openly and spontaneously! Today we will talk about one of the most common and widespread forms worldwide: polyamory!

Keep reading, discover what polyamory is and solve all your doubts regarding this growing phenomenon.

How was polyamory born?

Polyamory was born officially in the United States in the 1960s and, according to the followers of this movement, a relationship made up of more than two people is absolutely normal, moreover, it is an inherent condition of human nature.

This kind of multiple infatuation has been present throughout history, but hidden because society sanctioned it. Today things have changed, however, for those who still practice monogamy, it is somewhat difficult to understand, they even criticize it and it seems wrong and unreal.

Most people choose to continue believing in romantic love and consider it “the real thing”, however, it is important not to ignore or totally discard polyamory, which is not only about being intimate but about establishing a real emotional commitment with each other. each person who is part of the relationship.

I invite you to read the text of scielo.br so that you can learn more about contemporary polyamory.

Is there jealousy in polyamory?

In general, a person immersed in a monogamous bond tends to be afraid, jealous and reject when knowing or sensing that their partner is in love with someone else. This will not happen with someone who is polyamorous! In fact, they will be delighted with this situation.

But how is such a thing possible? The answer is very simple, polyamory is governed by the concept of “compersion”, a state of empathy where happiness is experienced when another individual experiences happiness, in this specific case, when one of the members is enjoying another bond, that generates a positive feeling in your life.

Relationship insecurity is rare in polyamory!

What are the pillars of polyamory?

Although it sounds strange, one of the fundamental bases in polyamory is honesty and healthy communication as a couple. When we talk about honest dialogue, we mean telling the truth about who we are, our needs and limits; all this implies self-knowledge and, of course, an empathic attitude.

Without honesty, a relationship of this type could not work and would only become one more infidelity. Everything must be discussed! Asking and answering honestly is the key.

If they get used to frankness, they will be able to enjoy a unique experience and discover the languages ​​of love.

Consensus between the parties involved 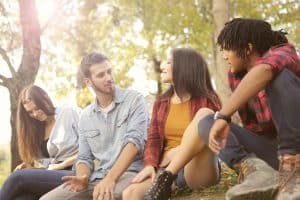 It is natural, when deciding to undertake a polyamorous bond, that there is consensus between all the parties involved. In this regard, there are many elements to agree on, from aspects related to health to those that refer to hierarchy and communication.

Boundaries are necessary in any type of relationship, and even more so in polyamorous bonds. In other words, if there are no agreements, it is very likely that it will not work and some or all of it will be affected in one way or another.

The rules in this type of relationship are very varied, since no two polyamorous relationships are the same. In general it is recommended that these rules be flexible, so that they can be revised as everything evolves.

Is it possible to love two people at the same time or more than two? The answer is quite a dilemma and a very controversial subject, it depends on each one and the conception that they have created of love!

Polyamory is based on love rather than sex. Intimacy is present, but it takes a back seat, since it is not an essential condition for a relationship of this nature to be established.

Now, it is very important to be certain of how the other parts of the bond are taken care of, safe intimacy is a requirement; It is necessary to resort to honesty and trust to talk about the protection methods that will be used to avoid inconveniences or contagion.

Polyamorous people are not always bisexual and/or promiscuous

Within polyamory there are people of all genders, identities and sexual orientations, they are quite a diverse community! On the other hand, polyamory is not synonymous with promiscuity either.

The intimate encounter may be an important part or may not be present at all. Practicing polyamory means being open to having more than one romantic relationship, not having many intimate relationships.

Do they treat each couple as unique?

Each of the people who are part of a polyamorous relationship is individual and deserves special treatment as such, which requires dedication, time, effort and a good dose of balance.

The words of love, the details that make you fall in love, the heartfelt caresses and other resources to keep the flame of passion alive are essential, so if you want to embark on these particular love ties, you must have availability and a lot of affection within you!

In polyamory, the concept of fidelity is still present 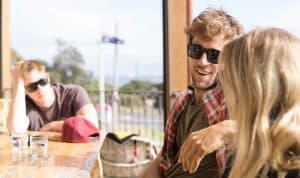 Although it sounds a bit incredible, fidelity continues to play an active role in polyamorous relationships, not precisely in the sexual field, but in terms of the agreements, limits and conditions established.

In polyamory it is called “polyfidelity”.

Is polyamory the same as polygamy?

According to the above, the answer is no, they are not the same.

Polyamory is also not the same as swinging (exchanging partners) or open couples, despite the fact that it is commonly confused with these concepts.

To learn a little more about polyamory, I invite you to consult the article published by researchgate.net, it will surely interest you!

Most people think that monogamy is the only viable and “ethical” option. The polyamory movement is barely in its visibility phase, therefore, it will take a while to be accepted as a legitimate preference and with the same rights as monogamous couples.

Today, polyamorous people are a minority community; What’s more, those who lead a poly life sometimes don’t feel good talking about it with their friends or relatives due to the rejection they feel from them; for this reason, they keep it secret to avoid discrimination.

Society tends to judge them as less committed and less trustworthy beings than monogamous couples, but nothing is further from the truth; it is simply one of the many forms of love that exist and, although you do not share its philosophy, it deserves respect.

There are countless ways of living polyamory and classifying the types of relationships that can be established in an affective bond with these particularities is complex; however, today I will share some of the most common ones, keep reading and discover them!

The above are just some of the types of bonds that can be experienced in polyamory. Each group of polyamorous people creates their own rules, which are discussed and agreed from the beginning to avoid later inconveniences.

Now that you know what polyamory is and have resolved all your doubts about this growing love alternative, I invite you to consult the wonderful Magnetic Desire Method for you to build quality relationships with one or more people, that’s your decision!